It’s been a year like no other; one that will last long in the memory for generations to come.

How businesses behaved during 2020 – and how they ‘read the room’ of the nation through their communications, Digital PR, SEO and marketing strategies during the pandemic – will also last long in memories too.

While it’s been a year of epic fails when it comes to PR handling during the COVID crisis (we’ll touch on these!), it’s also been one where brands needed to be truly creative in their approach to reach consumers in the right way.

We’ve picked out the most epic PR fails and holy grails we’ve seen during 2020 and here we celebrate the five best and worst we’ve seen:

Before we get to the best of the best PR campaigns of 2020 (promise!), we felt we needed to give a few special mentions to some of the biggest PR fails we’ve witnessed in 2020.

1. The Government – a ministry of mayhem

First, big shout out to the government for its handling of the COVID crisis, which the New Statesman says has been viewed “as a cautionary tale” by nations across the world. 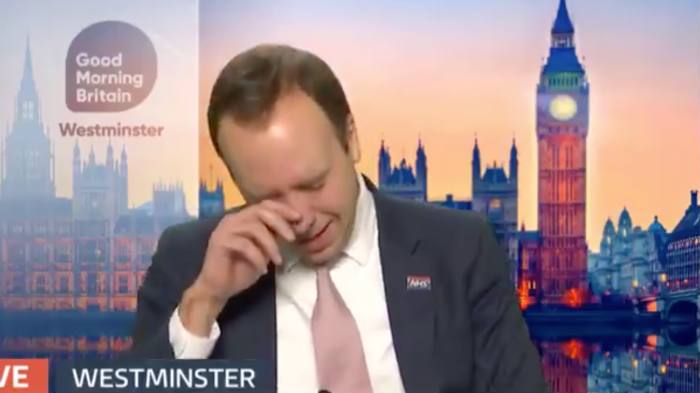 During the first lockdown, the mantra “Stay at Home. Protect the NHS. Save Lives” resonated brilliantly. But then came a raft of mixed messages, empty slogans, r-rates, regional chaos, Cummings and Barnard Castle-gate… the list goes on. News of a vaccine was a welcome plus point in a hail of PR fails during 2020.

There was also backlash to a range of other epic PR fails in 2020, including an honourable mention for Burger King, which launched a new vegan burger in a blaze of glory for ‘Veganuary’ 2020. It was later found to come with mayonnaise (which, as we know, contains egg) and was cooked on the same grills used for its meat-based burgers. It ended up not being suitable for vegans… or even vegetarians, and required a warning on its ads. As a result, this was one PR campaign that went up in flames.

Note: Although, they did sort of make up for that fail (in PR terms), by launching the Burger Queen campaign in 2020 as a brilliant follow up to their Stevenage FC campaign in 2019.

Fast fashion brand Oh Polly did an amazing job of ostracising many UK nurses and care workers after launching a competition to celebrate NHS workers’ commitment during the first COVID lockdown. Unfortunately, one of the Oh Polly team told the Glasgow-based winner Lara Harper ‘thanks, but no thanks’ as she couldn’t make the brand’s virtual party… because she was a nurse working a 12-hour shift that day. The social media storm against the brand was damaging to say the least.

Commercial jetliner manufacturer, Boeing cried ‘mayday’ several times during 2020. In days, the aerospace company found itself battling against tragic air disasters, workers being reassigned, embarrassing emails mocking its regulator and joking about safety, and complaints around its ex-CEO’s pay. The result? It posted its first annual loss since 1997, proving once again how important reputation is to the bottom line. 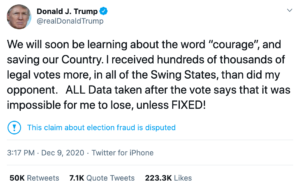 And the last honorary mention in this section goes to pretty much any of Donald Trump’s tweets about the Presidential Election results in most states, many of which carry a warning from Twitter about their accuracy. He lost to Joe Biden. Although he doesn’t think he did and he’s still harping on it about it…

As our world tipped upside down in 2020, we saw businesses pivot, strategies halt and budgets reviewed, but that also bought out the very best in some brands.

We saw so many of them harness the power of their best creative minds to develop new ideas, fresh approaches and wild and wonderful campaigns that inspired consumers when inspiration was truly lacking for so many.

We’ve listed some of the ones that stood out most to us, but we’re always happy to chat through other campaigns that have – unlike the other five examples above – captured hearts, minds and attention for all the right reasons.

Spotify owned Christmas with their ‘Wrapped 2020’ campaign this year. The campaign gave Spotify listeners and creators a personalised opportunity to celebrate and reflect on their year through a lens of audio and culture on the platform. 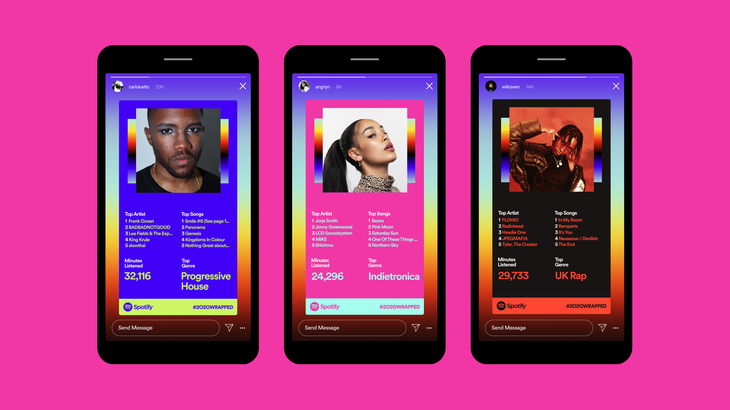 The campaign helped millions of us look back on the year through the music and podcasts that helped us all through, and the volume of shares in social was incredible.

As campaigns go, it didn’t miss a beat.

Without a doubt, one of our top five campaigns this year, Tesco poked fun – in the right way – at the tough year we’ve all had and gave everyone a year off of the naughty list (phew!).

Tesco’s TV ads played to the Britney classic “Oops, I Did It Again”, and the character monologues and confessions were light-hearted, playful and brilliant. It spread a bit of joy, when we needed it most and for that, they get on this year’s ‘PR wins’ list.

Talking of joy, we helped Appreciate Group launch their ‘Moments of Joy’ campaign in December, which celebrated all the positives of 2020. 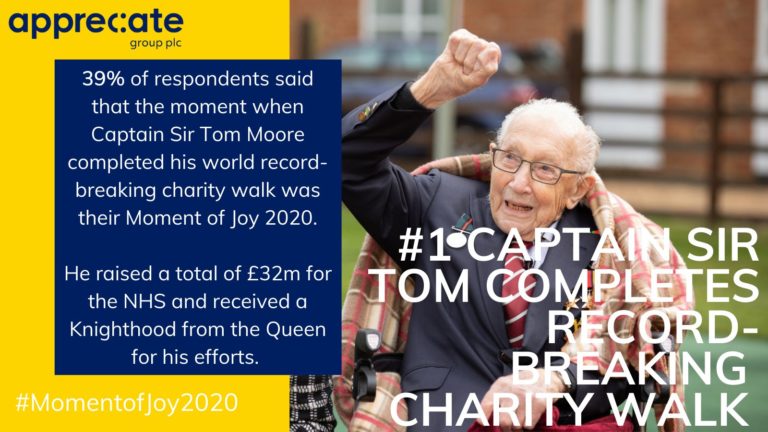 Second was Donald Trump’s defeat to Joe Biden in the race for the US Presidency, with news of a coronavirus vaccine in October ranking third. Manchester United ace Marcus Rashford’s campaign for the Government to reverse its decision to end free school meals was the nation’s fourth most joyful event (he was also named ‘Communicator of the Year’ by PR Week), with the day pubs re-opened after the first lockdown ranking fifth.

Aldi love to push the boundaries when it comes to a bit of tongue in cheek banter with their competition, and they nailed it once more in 2020 with the brand’s 30th birthday party campaign #Aldi30thBirthday.

As we know, brand’s birthday celebration can always be a bit of a damp squib… but Aldi laughed at themselves with the extra #NoOneCares hashtag bolted on for good measure and invited Asda, Iceland, Tesco, Sainsbury and even Lidl along for the laughs. Others like the Coop who weren’t invited, also got in on the act, providing a day of amusing light relief for all of us.

In the end we all cared as #Aldi30thBirthday took Twitter by storm.

Streaming service Now TV hit the mark with its Greetings Gram campaign towards the end of 2020 to give us all some much-needed throwback feels. The creative team behind the campaign managed to dig out ex-EastEnders star Martine McCutcheon (…whatever happened to her TV career?), to recreate a scene from Christmas classic Love Actually (…whatever happened to her film career too?).

Launching the TV service’s Christmas movies, members of the public were given the chance to reprise the famous Andrew Lincoln and Kiera Knightley ‘cue card’ scene from the movie to send friends and family a special, personalised Christmas message. 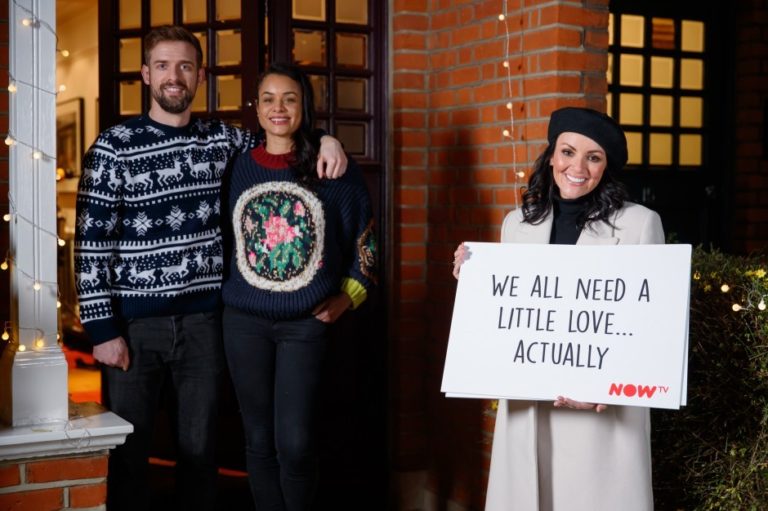 It’s also worth some genuine honourable mentions too.

We could go on, but what we do know is that – despite many marketing and Digital PR agency offices being shut down and teams working from home – creativity has been pushed to the forefront of so many communications, digital PR and marketing campaigns in 2020.

2020 has pushed us all to be even more imaginative, resourceful and most importantly, appreciative of some of the positive takeaways from this year.

We’ll certainly be taking it into 2021 with our clients.

And if you need help coming up with your next big creative campaign idea – rooted in data – then we’re always happy to have a chat over a brew.

Let’s get together for a chat and a brew to see how we can get your next campaign on the “hails” list!