Why does nobody trust us? Making the case for authenticity this #NationalStoryTellingWeek

Home » Blog » Why does nobody trust us? Making the case for authenticity this #NationalStoryTellingWeek

It’s definitely no secret that the general public is growing continually skeptical of the media and the practice of news writing.

And thanks to a certain white-haired President, the fear of “fake news” has snowballed across the internet.

Early this year, communications group Edelman released its annual white paper which measures levels of public trust in institutions and people across the world. Known formally as Edelman’s Trust Barometer, the group polled more than 33,000 members of the public in 28 countries and as usual, produced some very interesting results.

From the US election to influencer marketing, the Trust Barometer leaves no stone unturned when it comes to measuring levels of trust in current and topical issues, organisations, people and events.

However, the three main research themes which resonated most with us were:

With 59% of those surveyed admitting to being unsure whether the news they’re reading is true or not, and 63% being unable to tell the difference between good journalism and rumours, it’s clear that there is a growing case for authenticity in news writing and storytelling.

That’s where PR professionals like us come in. There has always been an underlying importance of good storytelling in public relations and these figures only continue to highlight it more.

Social media has now overtaken television as young people’s main source of news with 18 – 24-year old’s citing social media as their main news source. And with more people turning to Twitter for breaking news, comes the race to break it first. 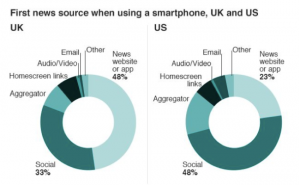 And as many of us will know, rushing can result in mistakes.

Interestingly, 65% of those questioned in Edelman’s survey thought that news organisations sacrifice accuracy to be the first to break news and a huge 66% believed that media outlets were more concerned with attracting big audiences than reporting accurate news.

And, as internet users become more and more aware of “click-bait” headlines (and let’s face it – some of those headlines are getting hilariously ridiculous now) comes more pressure for quality news writing. 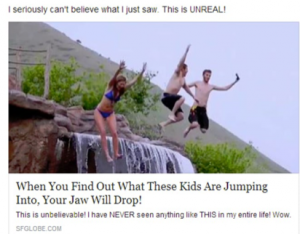 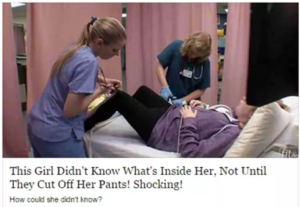 Facebook itself has even recognised the issue and as a result has changed its whole algorithm to give more prominence to posts shared by your friends and family whilst devaluing news articles and posts from brands.

However, that doesn’t mean that brands should shy away from telling their story. Real, authentic stories told with passion, humour and spirit are key to capturing your audience’s attention – and stick with them!

To quote our very own Lauren Pritchard “a story well told becomes a story well shared” and that’s exactly what PR agencies like ourselves are here to do – tell your story the best way that we can.