Five of the best examples of creative B2B PR campaigns

B2B PR doesn’t have to be boring

Business to business (B2B) PR and marketing have a bit of a bad rep when it comes to being creative. It’s often seen as being boring or cookie-cutter, and whilst that can be true of some organisations and their approach to B2B Digital PR and other marketing channels, including social media, that doesn’t have to be the case for your business.

IBM’s award-winning Every Second Counts campaign targeted Chief Information Officers and IT leaders, encouraging them to tackle the topic of data breaches and cybersecurity.

Centred around a pair of short films showcasing the importance of having a rapid cyber recovery plan in place, their aim was to educate businesses on cyber disruption through the use of real-life stories.

Accompanying content included promotional video trailers, GIFs, infographics and social tiles that were activated on Facebook, Twitter and LinkedIn. Targeting CIOs and IT leaders, the content drove people to the campaign landing page, which featured the full videos. This activity was aligned with a series of thought-leadership articles in online outlets frequented by their target audience.

The films and content were created in collaboration with technical experts and consultants – this partnership between the creative and intelligence teams meant the stories were grounded in real-life issues and processes and were brought to life in an engaging way. The campaign was activated through the right channels, targeting the desired audience; bringing creativity and data together.

Tinder for Cows? Yes, you read that correctly! Hectare wanted to raise awareness of their platform to sell livestock, letting farmers find and trade breeding animals online. As well as helping to reduce costs in the process, they also wanted to dispel the myth that farming is an industry in the dark ages and prove that technology plays a major part in modern farming. 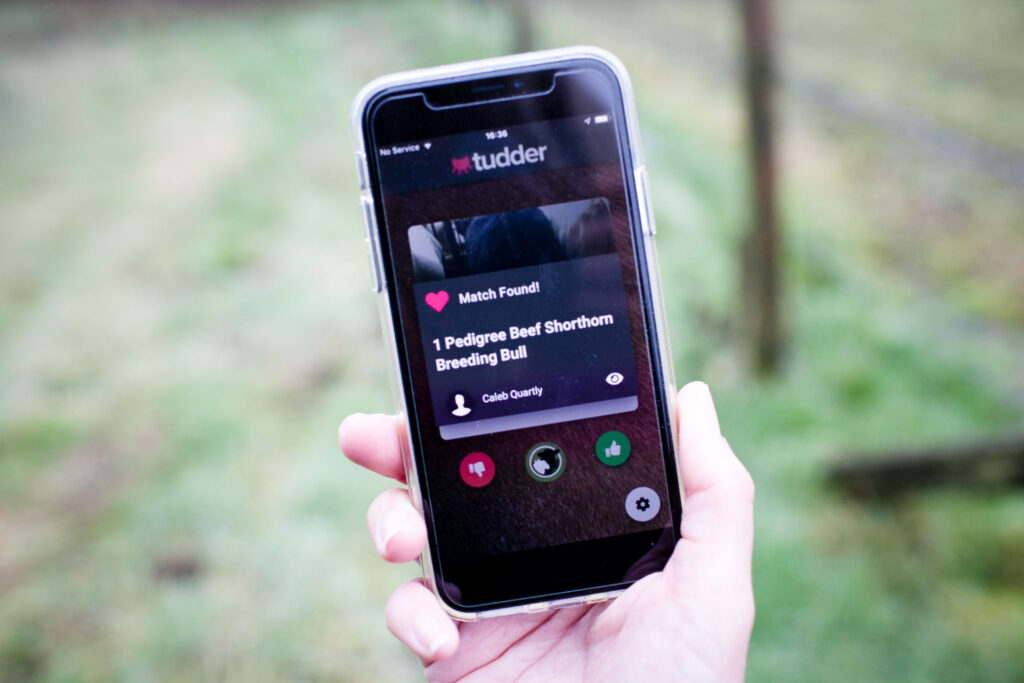 Tudder was born.  It allows farmers to swipe left or right on profiles of real-life cows and bulls, complete with mooing sounds and their perfect profile pics. As part of the launch, Valentine’s cards were sent to journalists to get their attention, along with a fun video on how to use Tudder.

The campaign resulted in worldwide media coverage with features running in outlets like The Guardian, New York Post, the BBC and James Corden’s The Late Late Show.

Map of London Underground by the Cheapest Pint which combined both B2B PR and consumer outreach.

Their idea was to build a map showing the cheapest pint in an independent pub closest to every tube station in London. As part of their research, they (one person on the team, actually) contacted 263 pubs in London and asked them about their cheapest and most popular pint.

This act in itself put StoreKit on the radar of hundreds of pub owners – their exact target audience and was a great way to start the conversation. Once they published the map, their research was also extensively covered in consumer news media, putting their brand name in front of thousands of people including, once again, their target audience of pub owners. This PR outreach also helped to significantly boost their website authority and organic search (SEO) performance.

The findings from this research are really interesting – from the cheapest pint to the most expensive, the nearest and furthest pubs and the best drinking line. So, if you’re in London, feeling thirsty and want to save some pennies, check out their blog for tips.

Shutterstock has an ongoing global campaign; “It’s not stock, it’s Shutterstock”, aiming to shift perceptions around stock imagery. They’ve created a series of promotional videos using their own stock footage, aiming to prove that content created with stock footage and imagery can be both low-budget and high-quality.

As part of this, they tap into current trends and popular culture, with videos inspired by Game of Thrones and Stranger Things, along with the PR and social media disaster that was Fyre Festival.

Shutterstock leveraged the buzz around this and utilised it as part of their wider campaign. They created their own Fyrestock video using only their own stock footage and parodied the promo video for Fyre Festival. It racked up over 2 million video views across all social channels in the first week alone.

It’s a great example of a brand jumping on real-world hot topics to stay relevant, as well as showcasing a bit of playfulness, whilst ensuring its content stayed aligned to a wider strategy and message.

Dropbox has several great B2B PR campaigns, but one that really stands out is their #LifeInsideDropbox employee engagement campaign.

As part of an ongoing initiative to showcase company culture and attract new talent, Dropbox created the hashtag #LifeInsideDropbox, which was brought to life through both user-generated content as well as company-owned content.

Content frequently features their employees and focuses not just on their work-life but also on their personal passions, showcasing the people and personalities behind the brand. To ensure the content stands out on social media feeds posts tend to include striking visuals, photo collages and videos. Take a look at the example below…

Employer branding and attracting the best talent is a PR activity that is often overlooked by organisations, but people are key to the success of any business, so this should still be a target audience, even if you aren’t currently recruiting. It also shows potential partners what your values are and builds personal resonance with the brand.

Bring some creativity to your B2B campaigns

Hopefully, these examples of creative campaigns have inspired you to think differently about B2B PR – it can (and should) be fun and engaging! But it also has the power to drive fantastic return on investment, whether it includes traditional PR, digital PR or a combination of both.

There’s no limit to how creative you can be, just make sure it’s relevant to your brand and resonates well with your audience.

B2B audiences are no different to other purchasing audiences – every purchase decision has an element of emotion attached to it.

People seek out a human connection to businesses they want to do business with, they want to see personality-filled campaigns and companies that align to their values.

So, when you’re planning your next B2B campaign ask yourself, if you didn’t work for the company, would you be interested in this content?

And if you need an objective opinion – get in touch, we’re always honest and we know what works… And what doesn’t!