Comms during Covid: The shining stars and the scandals

Home » Blog » Comms during Covid: The shining stars and the scandals

It’s been almost two years since Covid-19 came into our lives (I know, we can barely believe it too!). All over the world, brands had to quickly adapt and overcome challenges presented by the pandemic.

According to a survey from Advertiser Perceptions, almost 50% of advertisers have either halted or delayed the launch of a campaign due to the pandemic, while a third say they have had to completely cancel one.

It’s been a tough time for the comms industry, so we’ve decided to take stock of how they’ve fared over the past two years. Take a look at our stand-out Covid campaigns, and whether they shone for the right or wrong reasons!

Bumble – Get close, from afar

First up is a heart-warming and genuine video from popular dating app, Bumble encouraging daters to get close, from afar.

The minute long video begins by outlining what wasn’t allowed under the current restrictions: “no pulling them close,” “no kissing” and “absolutely, no holding hands.”

It then illustrates the kind of connections that were allowed, thanks to their services: “yes to sliding into their morning”, “yes to making them blush” and “yes to pillow talk”.

This was a great example of a brand adapting their current advertising model – not simply to boost their sales – but also to provide support, advice and encouragement to the general public.

Any mention of their product was done subtly, but showed how their product can help people get close, when they have to stay apart.

A great start from Bumble, giving us the heart-warming content we needed!

One of the stand-out campaigns during the pandemic has got to be KFC halting their ‘Finger Lickin’ Good’ slogan, after awarding themselves the winner of the award for the most inappropriate slogan for 2022, in this press release.

The fast-food giant pressed pause on their 64-year-old slogan, as it didn’t quite feel right in the current climate, but promised to bring it back when the time was right.

They did fulfil this promise, reviving the iconic slogan in May 2021 with a new campaign, running across TV, radio, digital and social, celebrating their fans’ support over lockdown.

We personally think KFC smashed it with this campaign, playfully helping to lift the nation’s collective mood during a tough time. KFC quickly pivoted their entire brand strategy, reflecting current needs while showing their creativity.

While not strictly Covid related, we couldn’t miss this obvious communications error pushed out during already challenging times.

In case you missed it, OVO-owned SSE Energy services advised customers to their cuddle pets or leave their oven on to keep warm this winter, all in the midst of an energy price crisis. 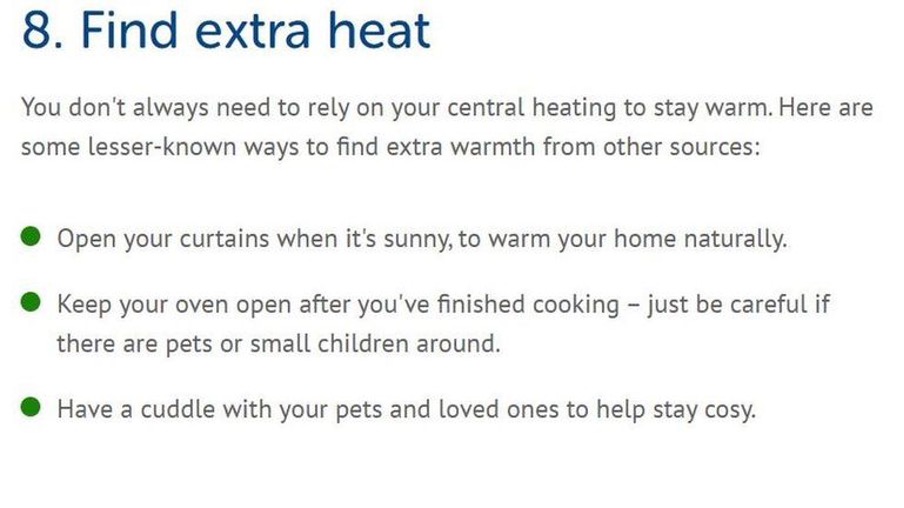 The post was later taken down and OVO apologised to customers, but the damage was already done. MPs called the post “insulting and offensive” as much of the UK faces a cost of living catastrophe.

With energy prices soaring while people are told to work from home, the post is an example of when communications can go wrong. The post failed to grasp the challenges their customers are currently facing, one of the most important steps in communications.

JD Wetherspoon received outrage and backlash from the general public with claims of staff payment issues at the beginning of the pandemic in 2020. The pub chain was seen to encourage employees to seek work at Tesco, as they hired more staff to help with food deliveries.

Some MPs called the decision unacceptable, with the chain “showing a complete disregard for their employees’ wellbeing”.

Unacceptable that Wetherspoons has refused to pay its 40,000 employees until it receives its Govt loan – potentially in late April – after first refusing to lock down altogether. If bosses disregard employees’ wellbeing then Govt should take tougher action to force compliance. pic.twitter.com/rEB3HwnzDy

In a time where companies were being urged to look after their staff, claims against JD Wetherspoon led to an extremely negative public perception. Brits vowed to boycott Wetherspoons when pubs reopened, with terms such as ‘Boycott Wetherspoons’ and ‘Neverspoons’ being searched significantly more on Google in 2020.

This goes to show the importance of reputation management to create a successful communications campaign.

In March 2020, fast-fashion giant ASOS came under fire with claims that employees were working in crowded warehouses, creating a so-called ‘cradle of disease’, despite the coronavirus pandemic being at its peak.

The warehouse conditions were said to breech social distancing rules, with staff sharing to un-sanitised tools and given little to no PPE. As the news surfaced, there was immediate backlash against the brand as it was seen to place profit before employee health.

This example again demonstrates how important public perception of your brand is, with the story quickly going viral and various MPs writing to the brand.

First up in our controversial section is an interesting move from Burger King as it encouraged its customers to try other food chains to help support restaurant staff.

We know, we never thought we’d be saying this either. pic.twitter.com/cVRMSLSDq6

A clever move from Burger King, they combine a touch of humour with a genuine message that seemed to create a sense of unity amongst the hospitality sector.

The plea, however, has received backlash, as the public questioned why it ignored independent and small restaurants who arguably felt the impact of coronavirus and restaurant closures more.

Some viewed the message as an empty gesture to boost sales, while others saw it as a classy act that genuinely fostered solidarity amongst the sector. The real reason, you ask? We’ll never know!

Back in March 2020, billboards appeared with spoilers to some of Netflix’s most popular shows with the accompanying line ‘you should’ve #staythef**khome’ in a bid to encourage people to follow lockdown orders.

And… spoiler alert: it’s controversial because it was fake.

While the intent was legitimate, the ads actually came from two Miami ad school students who had one simple goal: to get people to stay home.

While it can be deemed as slightly aggressive in its positioning, the advertising scheme has a genuine sentiment, making sure people pay the consequences for ignoring social distancing guidelines.

Hard-hitting guerrilla marketing can be a great way for brands to create a buzz about their product and make news headlines… but *warning sign* its controversial nature can also lead to unwanted backlash.

Up next, is a great integrated campaign from Brewdog: the creating of their very own Punk hand sanitiser.

Using their distilleries to made the so-called ‘Punk sanitiser,’ the independent brewery donated bottles of hand sanitiser to NHS Trusts and charities across the UK, sharing their journey across their blog and socials.

What was great to see with this campaign, was their honest communication with the public. They used their blog to post updates about what they’ve learned and what they could do better.

The brand also put their classic BrewDog spin on the activity, packaging some of the Punk sanitiser in beer bottles due to a shortage of suitable packaging. 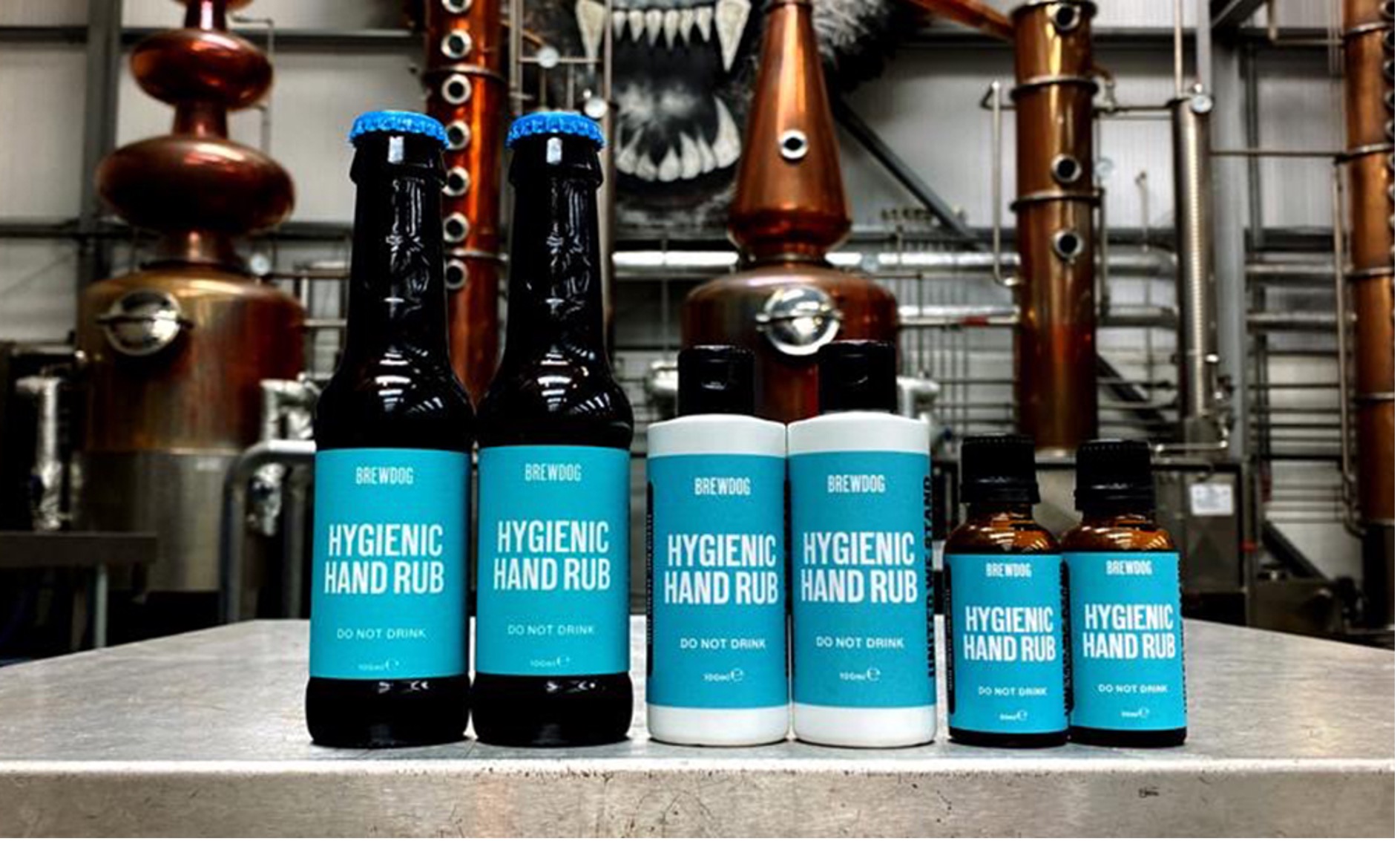 Here, BrewDog used an integrated campaign, digital PR, content and social media activity, to support the UK in a time of crisis. They weren’t pushing a product or trying to boost sales, they simply lent a hand to the NHS when it needed it (although this is always great from an employer brand point of view!)

At this point you may be wondering why this campaign is controversial, right? Well, although this particular campaign is real shining star for us, we can’t ignore the big BrewDog scandal from last year.

Dozens of ex-employees signed an open letter claiming they were bullied, leading to widespread media coverage denouncing the company.

This really goes to show the impact of one bad move or foot out of line!

Our final controversial communication example comes from a more recent occurrence, which saw IKEA amend its sick policy for isolating, unvaccinated staff. The Swedish furniture brand amended its policy so that unvaccinated staff – without mitigating circumstances – were said to be paid Statutory Sick Pay instead of their full wage.

Ikea acknowledged that the change was an emotive and controversial topic, but claimed its policies had to change with evolving circumstances.

Making such a controversial blanket declaration is always a risky move for any businesses, as they could lose long-standing loyalists in the process, but such strong communication can also make them stand out from the crowd. Since the announcement, a host of other brands have also followed suit.

And there you have it! The good, the bad and the ugly Covid-19 comms campaigns.

Missed your favourite campaign or have a particular view about the controversial? Let us know what you think!